The emergence of life on Earth can be related to the delivery of prebiotic molecules formed in space. Indeed the observation of more than 200 molecules in the interstellar medium and the detection of complex organic molecules around Saturn moons show that we are living in a molecular universe. In this context the energetic processing of molecular edifices by radiation may trigger reactivity in space or in upper planetary atmospheres. In experiments performed at GANIL, the formation of polypeptides has been observed after collisions of α–particles with solar wind energy on clusters of amino-acids [1]. 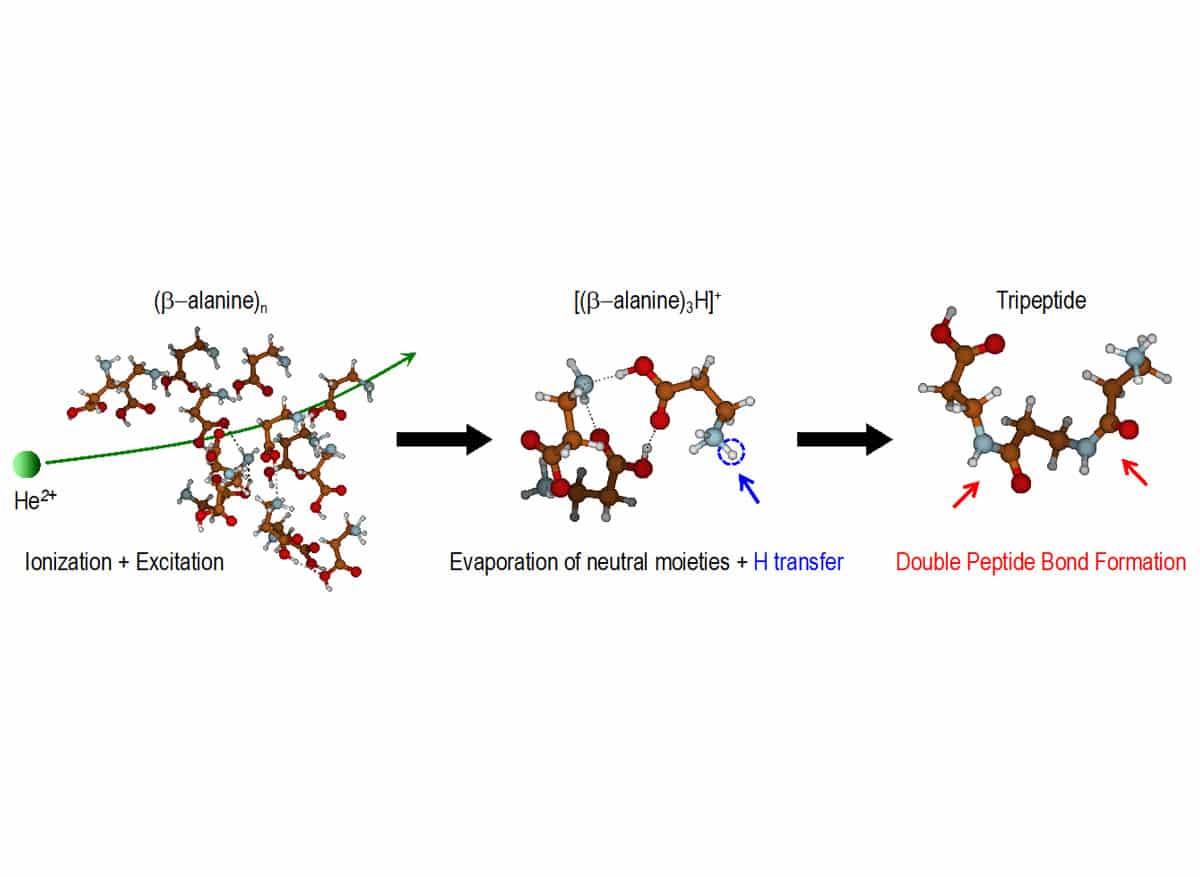 Two scenarios are considered for the formation of complex molecules in space. On the one hand, in the so-called “bottom-up” approach, small molecules interacts together to form larger ones, the excitation obtained in the interaction with ionizing radiation allowing to pass energetic barriers that may exist. On the other hand, the so-called “top-down” approach considers the energetic processing of a “large” (micrometer-sized) piece of matter leading to the release of molecules. A team of CIMAP (Caen) considers a “middle way” i.e. the energetic processing of weakly bound aggregates of molecules by ion beams delivered by GANIL. Here the specificities of ion-matter interaction play a pivotal role as low-energy ions can either induce a large and localised excitation leading to prompt knock-out of atoms from the molecules [2] or a reduced excitation due to a “smooth” interaction occurring at large distance.

In a coupled experiment and theory approach, the CIMAP team and their colleagues from the Universidad Autónoma de Madrid in Spain considered the collision of He2+ ions analogues of stellar wind α–particles with weakly bound clusters of β–alanine. Experimental mass spectrometry of the collision products shows the formation of new species strongly bound by covalent bonds. In particular, the successive releases of water molecule indicate the formation of peptide bonds between amino acid molecules. With the help of quantum chemistry calculations, a scenario is proposed for the peptide bond formation in ion-cluster collisions. First, the incoming α–particle removes one electron from molecules. Subsequently, a transfer of hydrogen atom inside the cluster leads to the formation of protonated species by evaporation of neutral molecules associated by a large stabilisation of the cluster. Finally, a peptide bond can be formed between the amino acids inside of the protonated cluster. A reduced excitation is crucial in order to stabilise the peptide.

Therefore, the distant interaction between the incoming α–particle and the target induced relatively low excitation and products up to tetrapeptides can be formed in a single ion collision. 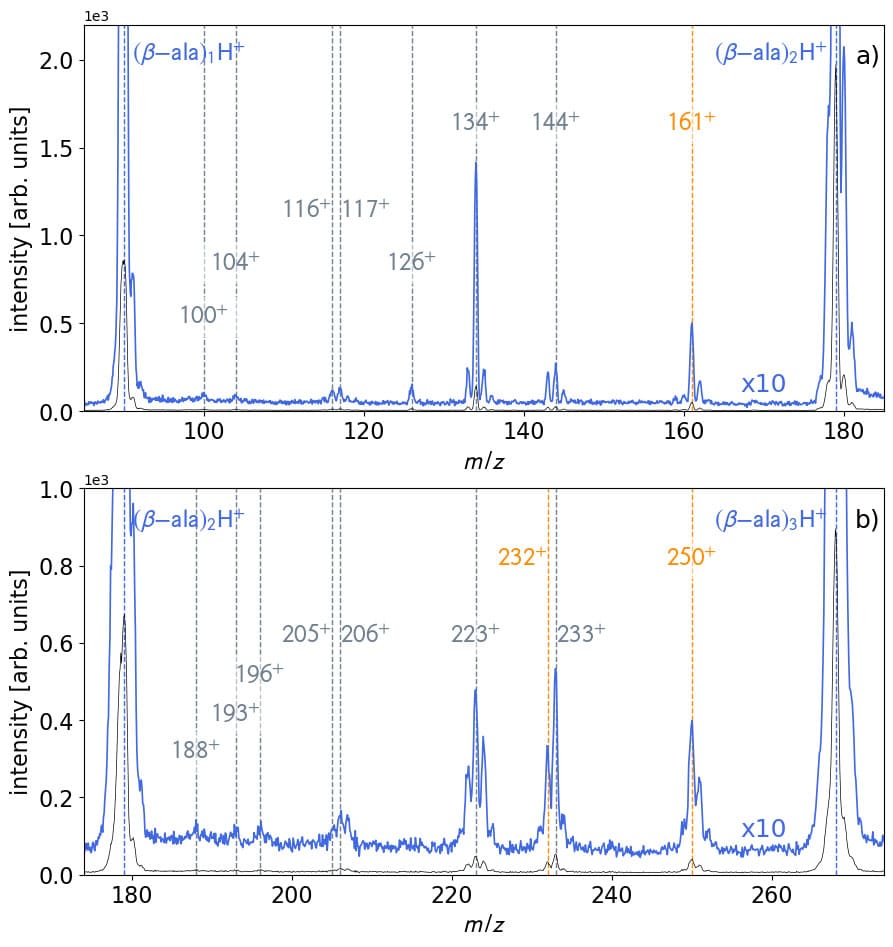 Mass spectra of the collisions of 30 keV He2+ with β–alanine clusters. Species in orange are assigned to the formation of peptide bonds.